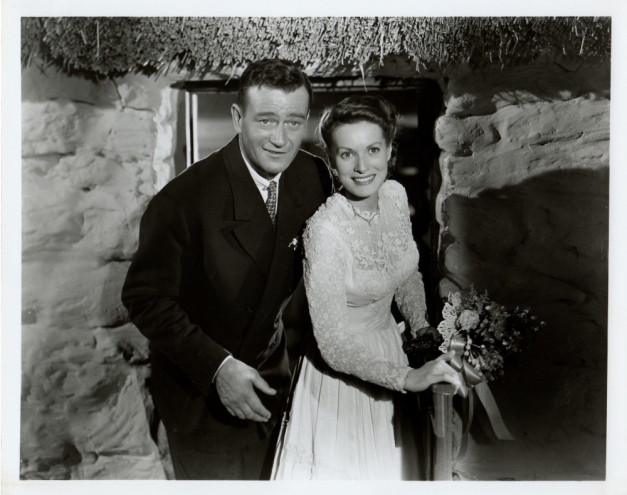 Throughout the years their have been many great actresses that have graced our screens, but not too many had Maureen O’Hara’s screen presence, her beauty and undoubted acting chops, she was a great leading lady, starring alongside some of Hollywood’s finest including John Wayne, Henry Fonda, James Stewart and Tyrone Power – for me on film though she will always be that fiery beauty Mary Kate Danaher from John Ford’s classic movie The Quiet Man where she starred opposite her good friend John Wayne, they appeared in 5 movies together but this 50’s gem is not only their best collaboration but Maureen’s greatest movie role – the lights of the movie world have been dimmed today, as we say farewell to one heck of a movie star !!