GET READY… on JANUARY 14th the phones will start ringing, the doors will unlock, the knives will plunge, guts will spill and Sidney Prescott will return home to Woodsboro where a new series of killings are taking place… from Matt Bettinelli-Olpin and Tyler Gillett the directors of V/H/S and Ready or Not comes the latest chapter in one of the greatest horror franchises… SCREAM

This Christmas comes The Matrix Resurrections the fourth movie in the groundbreaking franchise directed by Lana Wachowski and starring Keanu Reeves, Carrie-Anne Moss, Jada Pinkett Smith, Yahya Abdul-Mateen II & Jessica Henwick : as expected not much info on it’s synopsis is available but judging by this incredible trailer expect a trippy action packed addition to the original The Matrix and it’s sequels Reloaded and Revolutions : forget streaming this Christmas and find the biggest screen (hopefully IMAX) and let Wachowski take us back down the rabbit hole…

Nick Bannister, a private investigator of the mind, navigates the darkly alluring world of the past by helping his clients access lost memories. Living on the fringes of the sunken Miami coast, his life is forever changed when he takes on a new client, Mae. A simple matter of lost and found becomes a dangerous obsession. As Bannister fights to find the truth about Mae’s disappearance, he uncovers a violent conspiracy and must ultimately answer the question: how far would you go to hold on to the ones you love?

From the co-creator of Westworld and directorial debut of the Lisa Joy comes Reminiscence a movie that looks insanely familiar yet mind blowingly cool in a Christopher Nolan kinda way : I love the imagery, futuristic film noir setting and love story vibes and the cast is not too shabby either with Hugh Jackman, Rebecca Ferguson and Thandiwe Newton taking central roles : check out the trailer below, the movie lands on August 20th 2021

Although I think Daniel Craig has been one of our weaker 007’s I’ve still really enjoyed his gritty, mostly dark take on our favourite secret agent and NO TIME TO DIE could end up being his best outing yet…. Firstly it’s directed by True Detective helmer Cary Joji Fukunaga and yes he’s also the filmmaker who brought us the brilliant Beasts of No Nation, he’s accompanied by the super talent DP Linus Sandgren (La La Land & First Man) so as a spectacle the film is sure to look bloody awesome : No Time To Die also sees the return of Christoph Waltz as Blofeld and the delightful Léa Seydoux as Dr. Swann but for me the most interesting duo to be cast is Lashana Lynch who plays a female 00 agent that’s shrouded in a little bit of mystery and the gorgeous Ana de Armas who plays a character called Paloma….. are you excited yet? Well if your not then it may be worth mentioning that the main villain of No Time To Die will be played by Rami Malek and the legend that is Hans Zimmer will be providing the film score…. still not impressed? Well I’ve tried…. check out the action packed trailer below and then start a James Bond rewatch and countdown the days until the film hit’s your local theater…. 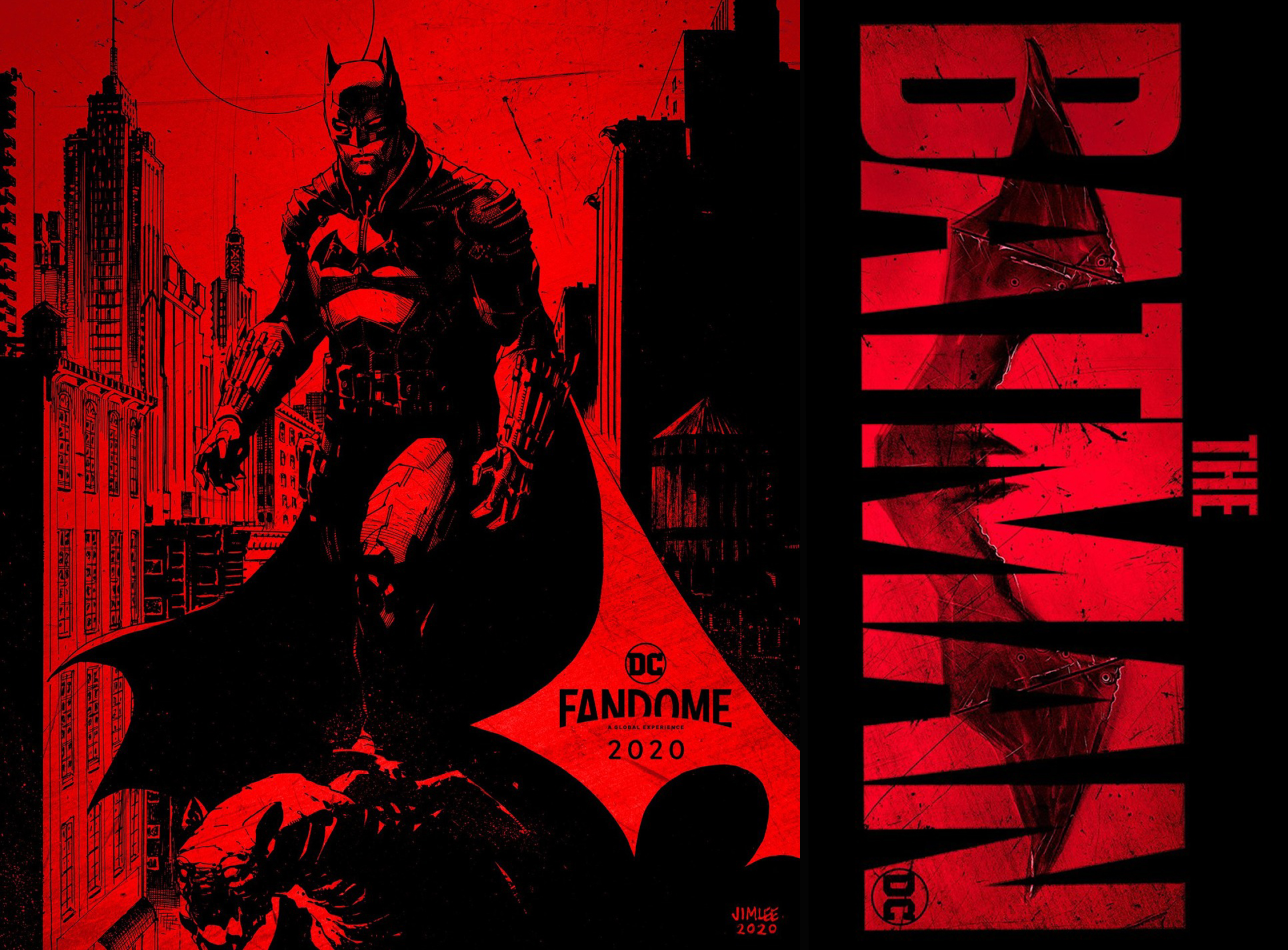 Matt Reeves THE BATMAN will land October 2021 : loving the artwork by the incredible Jim Lee and this first teaser trailer just released has enough UMPH about it to make me sit up and take note : Reeves new movie promises to be very gritty & darker than his predecessors and talk about an inspired cast…. Robert Pattinson as Bruce Wayne aka: The Batman : Jeffrey Wright as James Gordon : Andy Serkis as Alfred Pennyworth : Zoë Kravitz as Selina Kyle aka: Catwoman : Colin Farrell as Oswald Cobblepot aka: Penguin and Paul Dano as Riddler : and that’s only a selection of it’s mouth watering cast : Hope you enjoy the trailer…. the countdown begins….

I’m a sucker for these type of movies and this looks BRILLIANT – the premise looks fresh, dark & truly twisted and has a small hint of Fincher’s Seven blended with the bloody terrifying franchise we love so much !! Spiral (aka: Spiral: From The Book of Saw) is the ninth installment in the Saw franchise. Directed by Darren Lynn Bousman who brought us Saw II, Saw III and Saw IV, and starring Chris Rock, Samuel L. Jackson, Max Minghella, and Marisol Nichols

JULY can’t come quick enough – one of cinema’s greatest filmmakers QUENTIN TARANTINO will take us back to 1969 Los Angeles where a television actor and his stunt double embark on an odyssey to make a name for themselves in the movie industry. 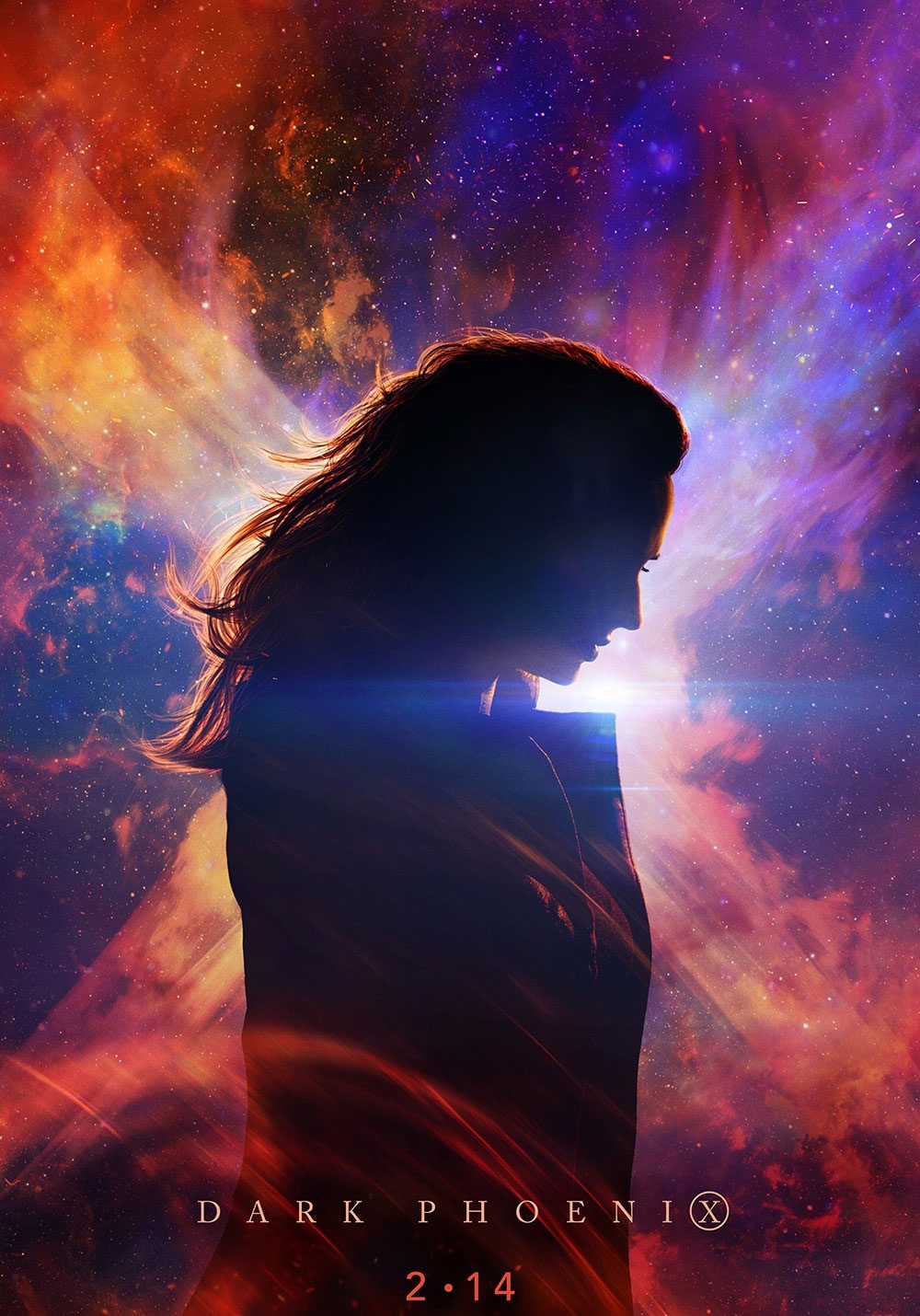 This is Simon Kinberg’s directorial debut with his storyline centered around “The Dark Phoenix Saga” written by Cockrum, Byrne & Claremont and not only does Dark Phoenix look dark, gritty and packed full of emotion but the casting of Jean Grey look spot on with Turner looking made for this role – There’s a storm approaching where friendships will fall, trust will be broken and team X-Men will be tested like never before – Dark Phoenix is already high on my list of most anticipated movies of 2019 and this trailer excites me to the point of wanting to watch all previous movies featuring these cool as hell mutants – Hope you enjoy the trailer and three new stills below !!

In 2000 came in my opinion the greatest ‎M. Night Shyamalan movie UNBREAKABLE a true masterpiece in it’s genre with great performances by Bruce Willis and Samuel L Jackson – 16yrs later Shyamalan came at us with a mind twister of a movie SPLIT that was linked to the Unbreakable universe and was pretty darn epic with James McAvoy going all batshit crazy on our asses – looking forward to 2019 both films will merge into GLASS and judging by the trailer below this promises to be the best yet. 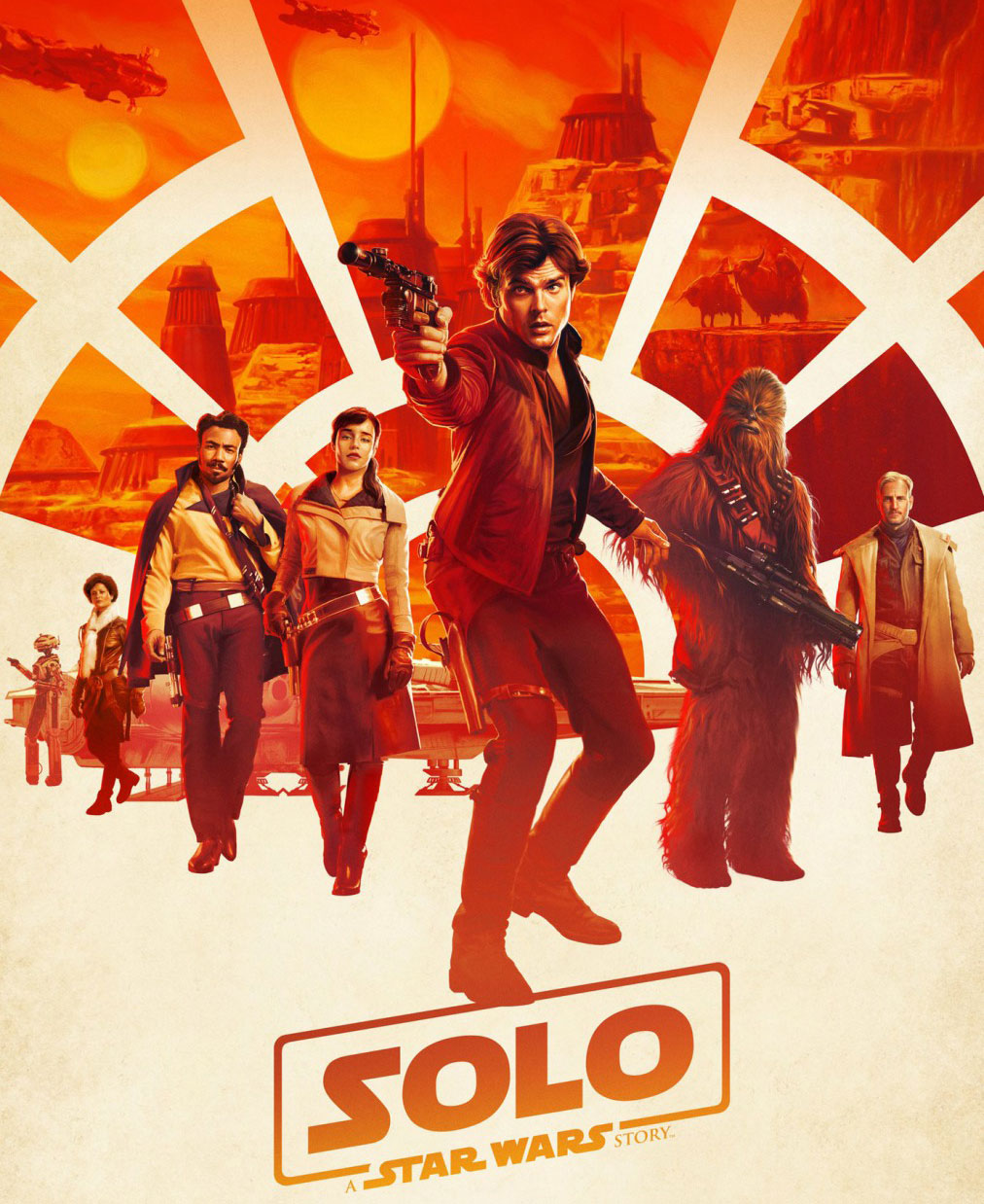 Since the great Ron Howard (Cocoon & Apollo 13) took over the reigns for SOLO: A Star Wars Story my excitement for the movie has been slowly building to a crescendo, and now having just watched the trailer 3 times on the spin I can honestly say has the makings of a great Star Wars movie and it could possibly challenge Rogue One and be the best of the new bunch of movies set around the Star Wars Universe – the film stars Alden Ehrenreich as a young Hans Solo and follows his early adventures with his Wookiee partner Chewbacca as they fight, fly and talk their way out of many a tight spot in the galaxy – the film also stars Woody Harrelson, Emilia Clarke, Donald Glover, Thandie Newton and Paul Bettany and hits our screens at the end of May – take a peek at this trailer…. it looks a blast !!

What’s it all about: “The film is set in 2045, with the world on the brink of chaos and collapse. But the people have found salvation in the OASIS, an expansive virtual reality universe created by the brilliant and eccentric James Halliday (Mark Rylance). When Halliday dies, he leaves his immense fortune to the first person to find a digital Easter egg he has hidden somewhere in the OASIS, sparking a contest that grips the entire world. When an unlikely young hero named Wade Watts (Tye Sheridan) decides to join the contest, he is hurled into a breakneck, reality-bending treasure hunt through a fantastical universe of mystery, discovery and danger”

Having read READY PLAYER ONE well over 2yrs ago I like most fans have been waiting for this moment for what has seemed like an eternity – a film trailer for the movie based on the book by cinema’s greatest filmmaker STEVEN SPIELBERG and finally it’s here – if like me you love your scifi, your a fan of the gaming world of yesteryear such as Dungeons & Dragons and you enjoy a good old trip down 80s memory lane then hold onto your hats – in March 2018 Spielberg’s returning to the family blockbuster arena with a story that’s so much fun, so out of this word and one that’s jam packed with 80s pop culture your mind will completely frazzle – along with Steven Spielberg directing the movie I am so excited to see what the legendary cinematographer Janusz Kamiński does with it’s landscape, his work on Saving Private Ryan and Munich stand out but for me Catch Me If You Can is as good a movie Kamiński ever done – let’s hope Ready Player One goes one better – the film stars Tye Sheridan, Olivia Cooke, Ben Mendelsohn, T.J. Miller, Simon Pegg and Mark Rylance and lands on March 30th – enjoy the trailer…. 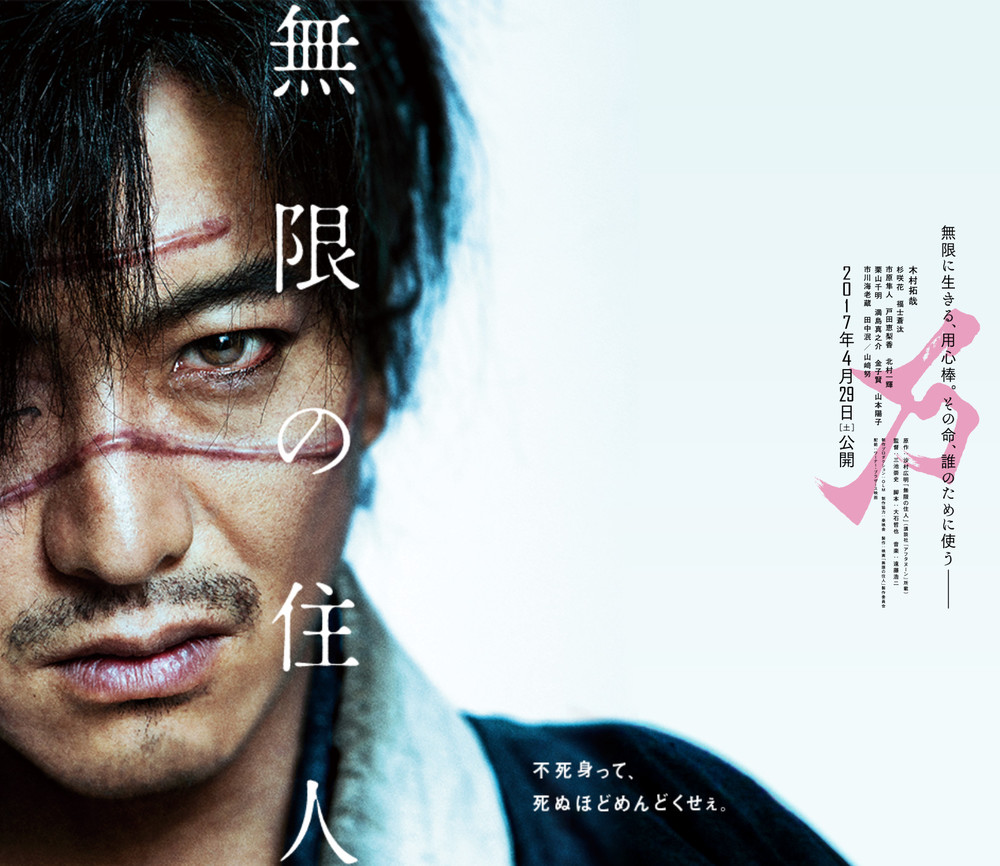 Saturday Night Live’s Taran Killam directs Arnold Schwarzenegger, Cobie Smulders and Bobby Moynihan in action comedy KILLING GUNTHER and judging by the below trailer this could be one hell of a night eating popcorn and chuckling your way through some rather stupid but fun slapstick comedy – Arnie plays Gunther (the world’s greatest hit-man) but is in deep deep trouble, a bunch of disgruntled assassins decide they want him dead and that’s where the fun really starts….. 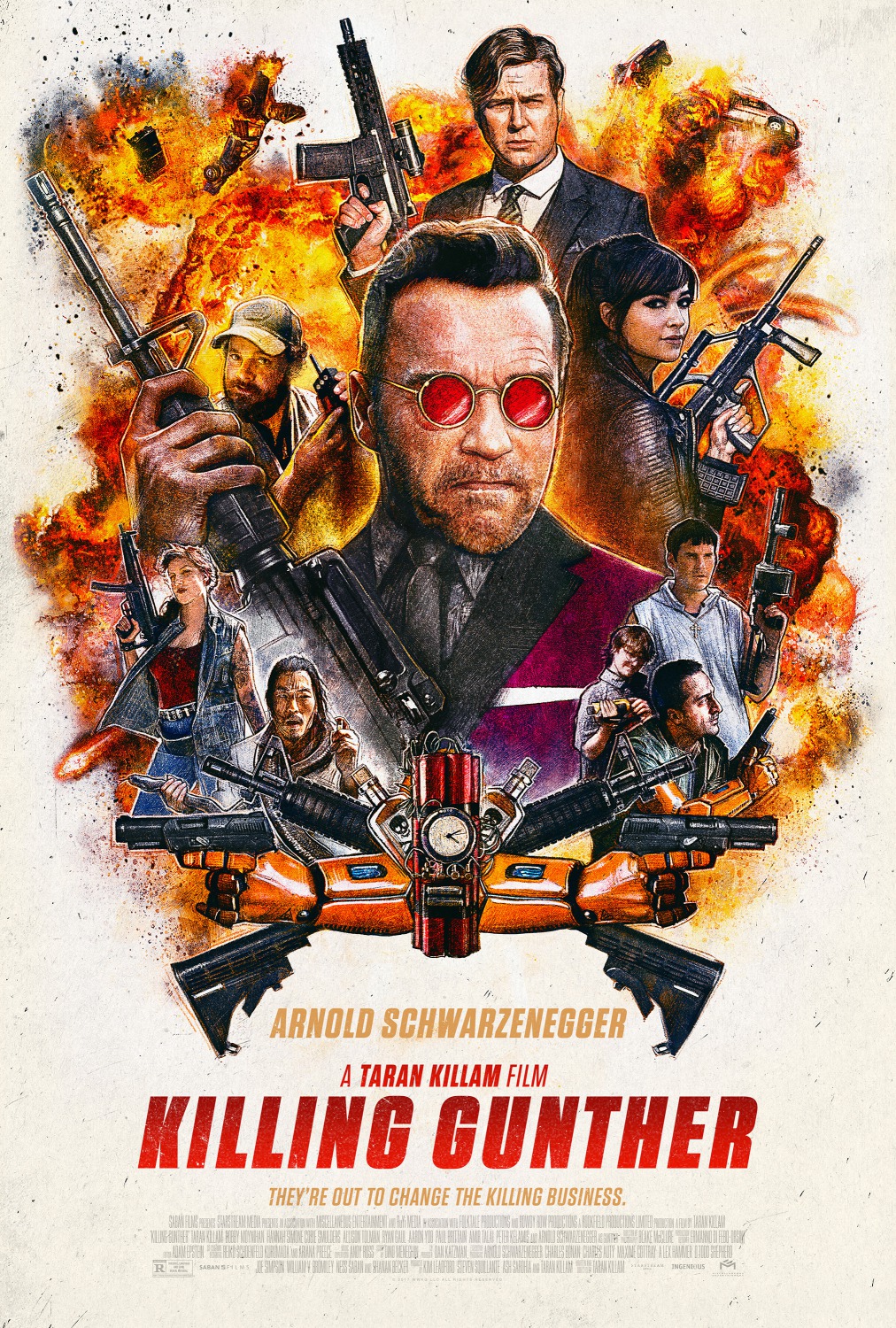 American Made sees Tom Cruise reunite with his Edge of Tomorrow director Doug Liman (The Bourne Identity, Mr. and Mrs. Smith) in what looks like an under the radar gem – the film also stars Domhnall Gleeson & Sarah Wright and is based on the true story of Barry Seal, a U.S. pilot who is recruited by the CIA to run one of the biggest covert operations in U.S. history – after watching this trailer I’m sure you guys will agree American Made not only looks like a damn fine action movie with a fabulous story attached but for me as a fan it will also be refreshing to see Cruise get his teeth into something that will showcase his undoubted acting ability…. Roll on September !! 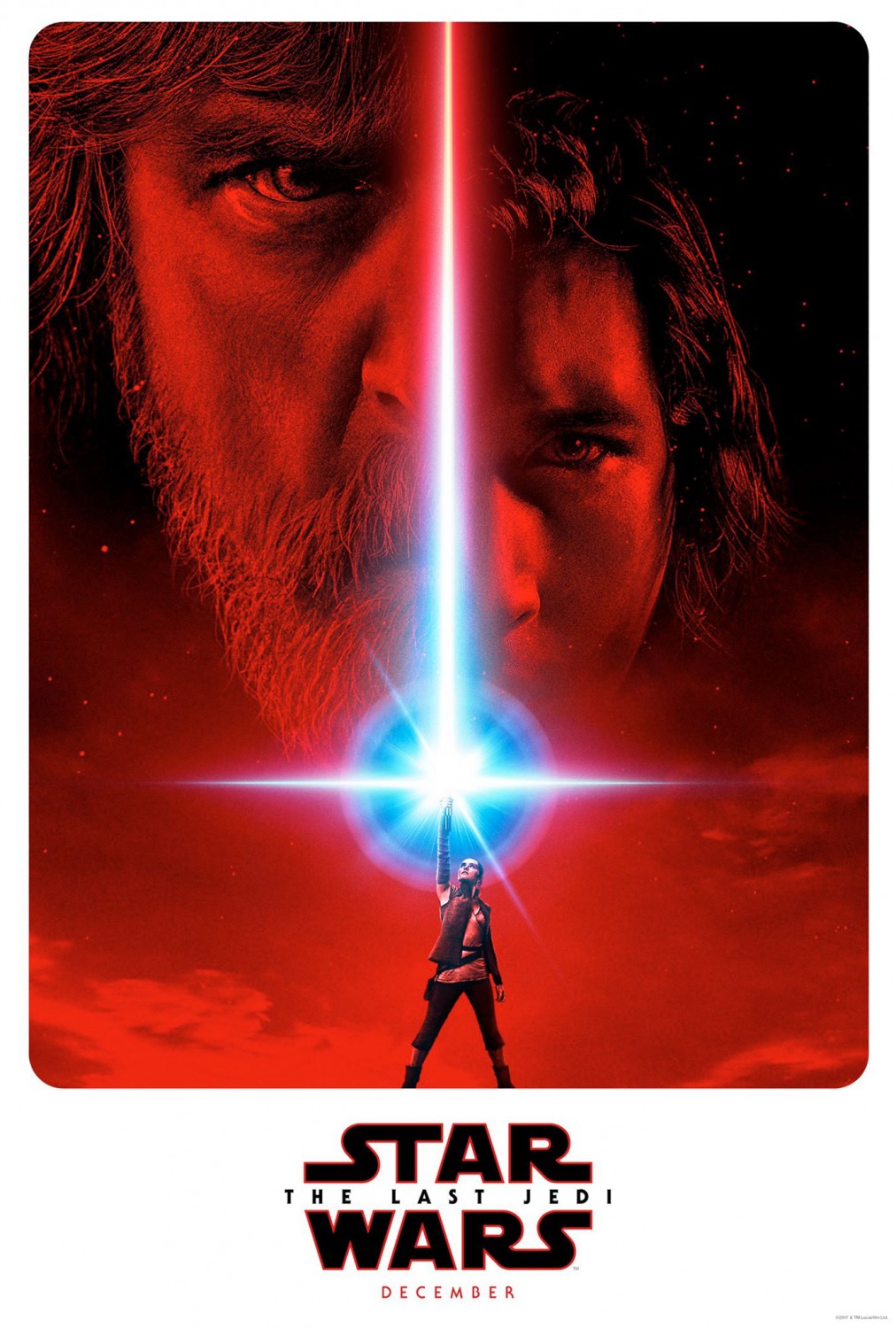 Finally we get to see a teaser trailer of STAR WARS: THE LAST JEDI by stunning visonary Rian Johnson and hell it’s been worth the wait – it’s MYSTERIOUS, it’s DARK, downright SPINE TINGLING and 2mins of AWESOMENESS that will leave you aching for more – hopefully (and I think it’s a given) we will get to see more of Mark Hamill’s Luke Skywalker training Rey played by the brilliant Daisy Ridley, that island setting looks ridiculously cool, and will make a great base for the pupil to start learning from the master….