So last week I was luck enough to revisit one of my favorite horror movies of all time Stanley Kubrick’s masterpiece The Shining on the big screen and today I visited my local cinema to watch Doctor Sleep and let me tell you something IT is nothing short of EXCEPTIONAL !! This is director Mike Flanagan’s love letter to the Torrance family & all things that shine, how he managed to recreate such iconic sets such as the spine chilling blood from the elevator scene, Danny exploring the hotel on his tricycle, the room to room interior of the Overlook, those scary twins and of course the overheard camera following Danny’s car up towards the Overlook accompanied by that haunting score God Only Knows – Ewan McGregor is terrific as Danny Torrence, Rebecca Ferguson’s Rose the Hat & her power draining cult known as the True Knot are so bloody scary, reminding me slightly of the roaming blood suckers in Bigelow’s Near Dark – some of their scenes especially the one that involved No.19 the young baseball player scared the hell out of me whilst the incredible Alex Essoe literally sent shivers down my spine with her remarkable performance as Wendy Torrence – Overall Doctor Sleep is a cinematic triumph that pays homage to it’s predecessor whilst creating a creepy atmosphere & super scary horror of it’s own !! ★★★★★ 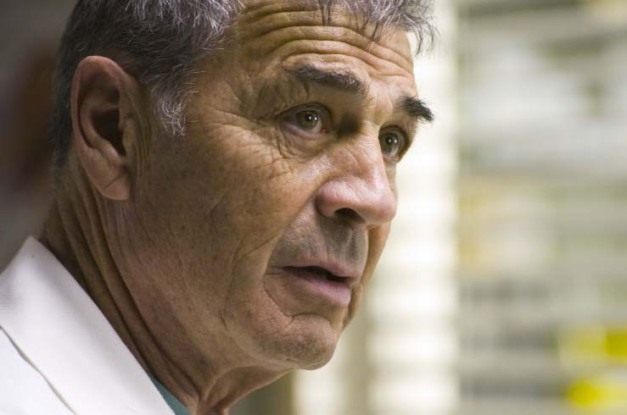 Some actors make other actors and the films they appear in look better than they actually are Robert Forster was one of those, an honest hard working pro that no matter how big a part he had in that particular movie he always stood out and made that scene memorable – many knew him for his work on Quentin Tarantino’s Jackie Brown but this New Yorker has been around since the late 60’s appearing in hidden gems throughout his career such as: 1978’s Avalanche, 1980’s monster movie Alligator, William Lustig’s brilliant Vigilante, one of my favourites Walking the Edge, Renny Harlin’s Cleaner and so many more – his latest film had just aired on Netflix where he played Ed in El Camino: A Breaking Bad Movie he only had limited screen time in the film but what he did with it mattered and that basically sums up the screen career of Robert Forster…… may you rest in peace !!

Sadly one of cinema’s finest actors ALBERT FINNEY has died aged 82 – his movie roles range from the likes of Tom Jones, Daddy Warbucks in Annie, George in Alan Parker’s brilliant & possibly my favourite Finney movie Shoot the Moon, Leo O’Bannon in gangster thriller Millers Crossing, Geoffrey Firmin in Under the Volcano, Ed Masey in Erin Brockovich and Bloom Snr in Tim Burton’s magical Big Fish and so many more – Albert Finney made a name for himself as an outstanding character actor, one that could play a mean bastard, a great detective, a prime minister and a loving father – he was loved by his peers and will be missed by all who love movies.

Terribly Sad News the Film world has lost another of it’s shining stars – BURT REYNOLDS the star of such endearing classics such as Smokey and the Bandit, The Cannonball Run, The Longest Yard, Sharky’s Machine and City Heat has died aged 82 – Burt also gave career defining performances in movies such as Deliverance, Boogie Nights and more recently The Last Movie Star and had just signed up to star in Tarantino’s Once Upon a Time in Hollywood – Growing up I fondly remember him as this charasmatic, cocky but big hearted action hero, that great big smile shining from ear to ear and that twinkle in his eye…. he’s had one hell of a journey and appeared to enjoy every minute of it – goodbye for now Burt – RIP

24hrs on and I can’t stop thinking of Alex Garland’s latest Annihilation – firstly it’s nowhere near as as complicated a story as people make out, yes it’s slow, brooding and set to a surreal back drop but when all is said and done it’s quite simply an alien invasion movie and a blooming good one too – music is used sparingly throughout the movie but when used it’s to eerie effect, the strumming of a guitar, a haunting melody really does up the tension and you just can’t help but think something bad is gona happen and soon – along with it’s exciting young cast there’s a certain likeness in Garland’s Annihilation to classic scifi of yesteryear such as The Thing and Alien, there is so much greatness and so many talking points throughout it’s rather short 115 min runtime, those scenes when Anya played by Gina Rodriguez decides to take matters into her own hands by tying the team to their chairs, attempts to interrogate and what happens next is edge of the seat brilliance and lets not forget the aligator attack, that bear like creature and Lena’s own discovery towards the pictures epic finale – if your over thinking about watching this movie then please stop what your doing take a breather and let your movie indulgence be enhanced by Garland’s Annihilation a modern scifi gem that will have you chomping at the bit for a rewatch seconds after it’s conclusion ★★★★½

I love watching, collecting and talking about movies it’s my passion – 2017 has been an exciting year in film, unlike many I’m not one of these people who make an end of year list based around whether a female directed a movie, a person of color appeared in a movie or a certain film carries a message that I should find important enough to place it on my list NO that’s not how this guy rolls My Top 15 Movies of 2017 are movies that have excited me but they are mostly movies that I have enjoyed the shit out of regardless of what political correct nonsense some people come out with – My Number One movie of 2017 is Denis Villeneuve’s Blade Runner 2049 Villeneuve’s scope his imagination and his ability to transfer all of this to the screen is nothing short of magical, not many movies in recent times have given me the chills from start to finish but Blade Runner 2049 did – and what can I say about Jennifer Lawrence in Aronofsky’s exceptional, weird as bat shit Mother it’s one of the truly great performances in the last 20yrs and a film that’s helmed by a visionary who’s never afraid to take us on a journey into the darkness of his soul, Mother nailed that Number Two slot – and making up My Top Three is the fantastic Wonder Woman with the beautiful, sexy Gal Gadot kicking some ass in one of the best origin stories to hit our screens – to those of you who have come across me on social media or may have visited us at absolutebadasses from time to time may we wish you all a Happy New Year and may 2018 be a healthy one to you and yours….. #LoveMovies