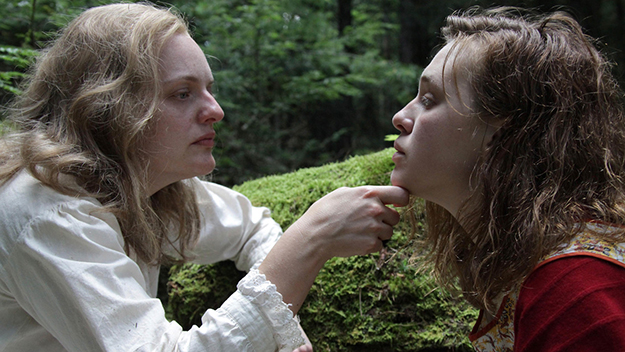 A famous writer finds inspiration for her next piece of work after she and her husband take in a young couple – Josephine Decker’s latest movie SHIRLEY is a riverting slice of hazy dreamlike filmmaking that I will need to rewatch several times as it’s that bloody good – the film’s atmospheric sound, it’s gorgeous closeups and facinating story by Susan Merrell makes this picture top notch viewing – the scenes between Michael Stuhlbarg & Elisabeth Moss are captivating & seem quite effortless but I have to say the star of SHIRLEY is Odessa Young who’s quite brilliant as Rose, those moments shared with Moss and Lerman set the tone of the story and it’s easily her best performance to date ★★★★

In the future and as a final response to crime the United States government plan to broadcast a signal making it impossible for anyone to knowingly commit unlawful acts – Oliver Megaton’s THE LAST DAYS OF AMERICAN CRIME is one cool, relevant and fucked up action movie led from the front by “ice for veins” Edgar Ramirez, “looney tune & totally unhinged” Michael Pitt and the “wired for sound kickass” Anna Brewster – at times the story is a little messy, but if your a fan of this French filmmaker and his stylized action movies then boy this one’s for you, it’s quite relentless, bonkers at times and it sure is an almighty fun way to spend 2hrs – leave your brain in isolation and enjoy the ride ★★★★