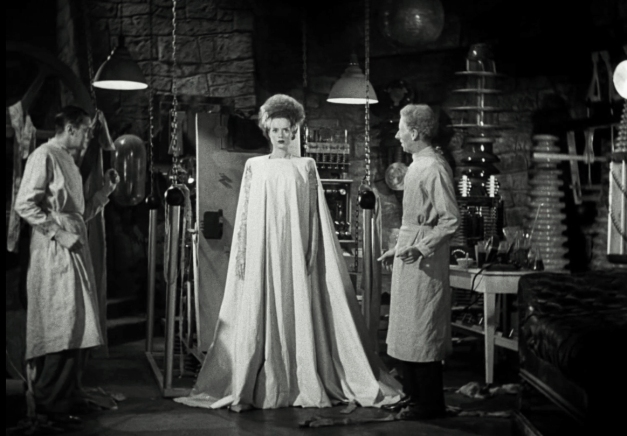 Number 12 of My Top 31 Horror Movies : Mary Shelley recounts how the main characters of her novel survived and how Frankenstein, goaded by an even madder scientist, builds a Bride for his monster : James Whale’s 1935 monster movie BRIDE OF FRANKENSTEIN is one of the greatest sequel’s in movie history, a wildly unpredictable horror full of incredible sets, wonderful acting by the less talked about duo of Una O’Connor & Dwight Frye and of course the introduction, although it be short of the Monster’s Bride iconically portrayed by the ravishing Elsa Lanchester : the lavish sets filmed in gorgeous black-and-white are sensational and one of my favorite scenes in the movie is in Pretorius’s lab, where the mad Doctor shows Frankenstein several miniature creatures he has created including a King, Queen and Mermaid, the sinister atmosphere, these tiny abominations & both Doctor’s manic expressions as they discuss their work is both scary & facinating : of course the Bride of Frankenstein is filled with so many moments of sheer jaw dropping brilliance, like when the Monster comes across the old blind hermit (of course you think of Young Frankenstein which brings a smile) but the scene is shrouded in dread and you just know that it won’t end well, I love the moment when the Monster looks at a reflection of himself in the water, such a great moment and you just can’t help feel pity for this hideous creature but of course the highlight is ten minutes from the end of the movie when the Bride is brought to life… and Frankenstein’s words “she’s alive…alive” echoes round the chamber as the bandages are removed and Elsa Lanchester’s imposing monster is released to the world : a Scary, Atmospheric Monster MASTERPIECE ★★★★★ 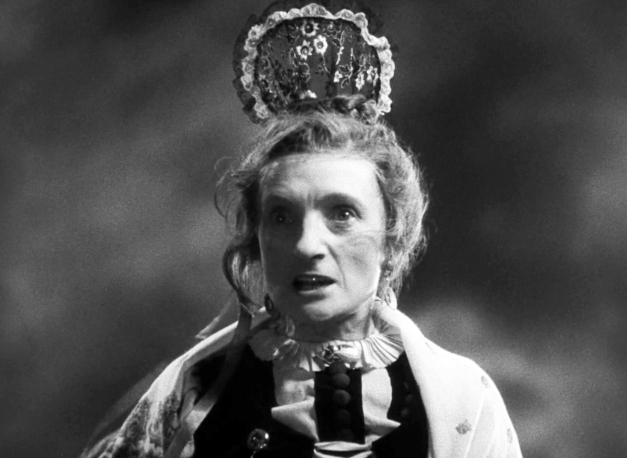 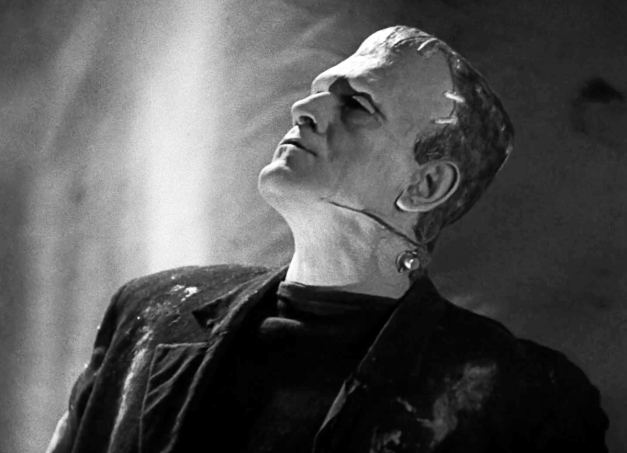