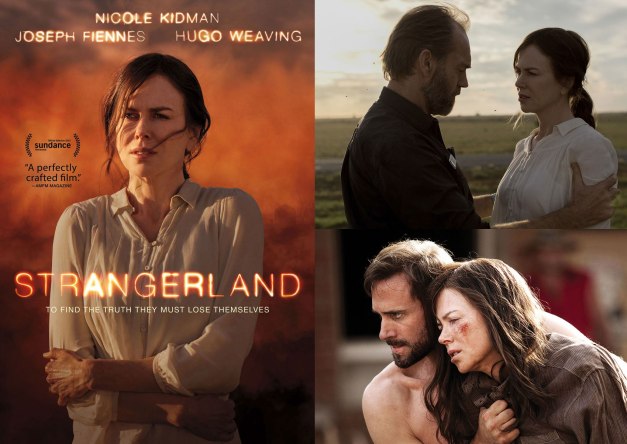 “Strangerland centers around a couple living in a rural town in Australia who discover that their two teenage children have disappeared, lost in the vast desert that surrounds their home”

Don’t you just love Australian Cinema? Their movies often contain haunting & twisted narratives, jaw dropping visuals, eerie soundtracks and most of all the real good ones focus heavily on characterization whether that be in the form of psychological torment, emotional or both

Overall – Kim Farrant’s directorial debut Strangerland is a majestic piece of cinema, a little gem that’s dark, daring & tackles the harsh reality of infidelity & the unthinkable, possible child abduction or worse – at its core the film is an atmospheric mystery thriller that’s coated with sublime acting by Kidman, great support by Weaving and a pace that’s purposefully slow, which only adds to its unnerving, unsettling premise! ★★★★½