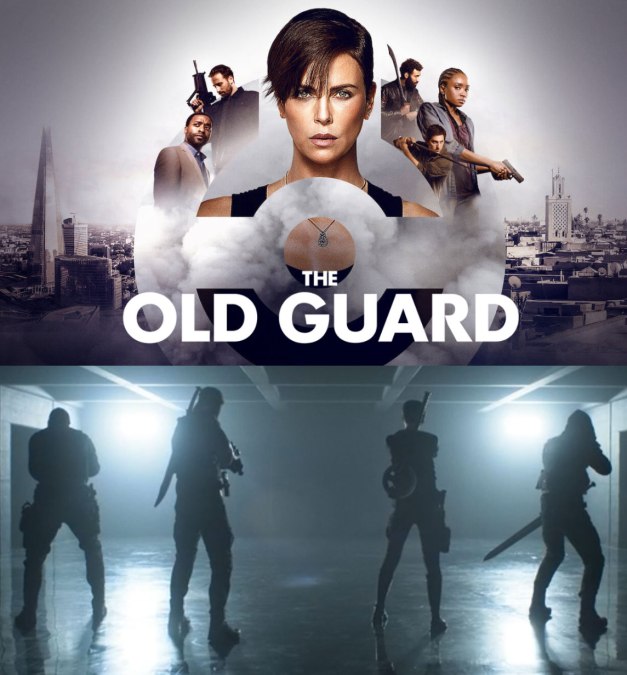 A covert team of immortal mercenaries are suddenly exposed and must now fight to keep their identity a secret just as an unexpected new member is discovered – I’m always excited to see a new action movie, especially one that’s based on a graphic novel with such a cool premise…. I’ve not read the novels so I went in blind and was pleasently surprised by the overall darkness of Gina Prince-Bythewood‘s THE OLD GUARD – obviously we all know about the action prowess of the Fury Road star Charlize Theron playing Andy the leader of the Immortals, her action scenes are without doubt the best bits in the movie but I also enjoyed watching the emergence of KiKi Layne ACTION STAR her screen time especially opposite Theron as Nile were fun to watch, the plane fight scene between the two being a definite highlight – the style of the action and the films flashbacks as we discover more about the team and Andy’s friendship with fellow warrior Quynh were exciting, Chiwetel Ejiofor was his usual high standard taking on the role of Copley and I was also impressed with Harry Melling’s villainous turn as Merrick, not that I should have been surprised as the Harry Potter star is also very good in the Coens The Ballad of Buster Scruggs – Overall The Old Guard is an enjoyable action romp, yes I’ve seen better but the director’s vision and exciting style in this genre has given me high hopes for a possible sequel in the near future ★★★½