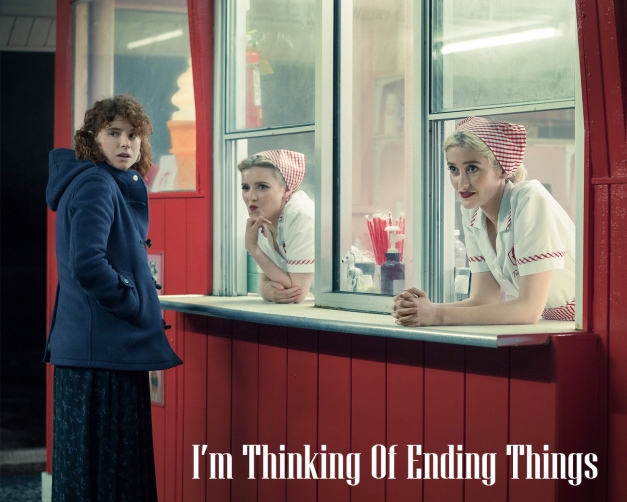 Full of doubt and a whole bunch of misgivings, a young woman travels with her new boyfriend to his parents’ secluded farmhouse – I’ve not read Iain Reid’s novel of the same name but will but will certainly check it out : I don’t think it’s possible to spoil anything about this movie so here’s my thoughts : (I think) the film follows an ageing Janitor who reflects about his long life and what could have been in the most Charlie Kaufman way possible : I’m Thinking of Ending Things contains the most awkward car ride in movie history where you find yourself not only disliking Jesse Plemons character Jake but also starting to question why this girl in the passenger seat played by Jessie Buckley is really with him, as it becomes obvious that she’d rather be elsewhere, the moment the girl recites a poem to Jake made me cringe, the girl’s reaction to the spittle on the corner of Jake’s mouth is uncomfortable and the flashbacks with the Janitor going about his daily chores were filled with a sadness & foreboding : When they finally arrive at Jake’s parents farmhouse I found the tour of the barn scene to be quite creepy and at times unsettling (those poor pigs) : But on a slightly lighter note Jake’s parents are played brilliantly by Toni Collette and David Thewlis who steal each & every scene with their eccentric & often humorous delivery and I love the little musical interludes, the dog named Jimmy and the Dairy Queen scene in particular : Overall I’m Thinking of Ending Things is brilliantly weird, mentally exhausting, strangely sad yet utterly consuming ★★★★½