Bodies are discovered, mutilated after each full moon so it’s upto the local sheriff and his deputies to find the killer before they strike again : Firstly let me say how visually stunning the introduction is to THE WOLF OF SNOW HOLLOW almost like The Shining the camera follows the mountainous backdrop of the films location, at times it’s scenery is cleverly reflected above as the camera reaches it’s destination….. a big old grisly moon, what a terrific intro and the perfect mood-setter for what’s to follow : I personally LOVE everything about this bat shit crazy slasher from it’s director & star of the movie Jim Cummings who’s nutty sheriff is having the worst few days of his fucked up life and boy this guy loves to SCREAM : I found the dialogue really witty and at times I didn’t know whether to laugh, console or shout at this poor guy loosing his shit with everybody who crosses his path : the snowy Utah backdrop and action scenes are well shot by Natalie Kingston, it’s quirky Lynch-esque characters are somewhat adhering, we get to share in the great Robert Forster’s final screen outing, a stand out performance from the delightful Riki Lindhome and it’s Agatha Christie keep you guessing narrative The Wolf of Snow Hollow is an absolute riot that tackles addiction, dealing with your demons, marital separation and a killer on the loose : it’s so much movie goodness wrapped up in the smallest of run-times with a bunch of character’s I hope we get see more of….. some time soon : IT’S SO GOOD ★★★★½ 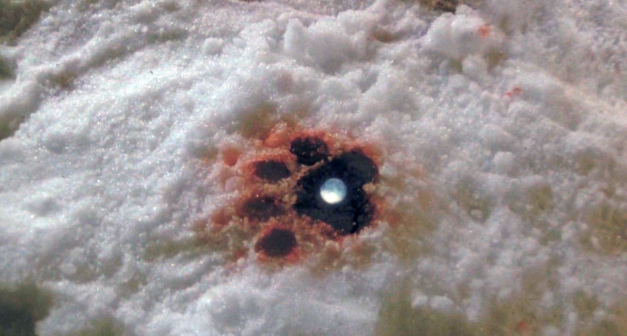