Following the Abbott family who are forced to venture into pastures new as they quickly realise that the alien creatures that hunt by sound are not the only threats lurking beyond the sand path : A QUIET PLACE Part II opens up with a flashback… Day 1 starts with happier times where we get to see the the small American town where the Abbott’s lived right before the Alien invasion took place, there’s smiles aplenty as the kids are playing baseball, we get to see Brody’s Pizzeria an obvious nod to Spielberg’s Jaws and we get our first look at a new character Emmett played by Cillian Murphy, a family man watching the baseball when his and everyone’s life changes forever : if your a horror fan then the darkness of the Cinema is the best place to watch A Quiet Place Part II as Polly Morgan’s imaginative camera work, the muted sound with flashes of screeching, screaming Alien attacks and the tension with each scene as the family attempt to navigate their now crushed world without making a sound is unbearable : I know I touched on this after 2018’s first movie but I have to say how impressed I am with Millie Simmonds who’s easily the star of this sequel, her character Regan is fearless & clever and the train and boat yard scenes with Cillian are terrific to watch, Emily Blunt of course is superb, the pain Evelyn feels in defending her children & insurmountable loss is the backbone of the movie, from heartfelt moments such as leaving her wedding ring on the cross and her fight with the creature whilst carrying two oxygen tanks is formidable, Peaky Blinder Cillian Murphy is a welcome additon to the cast, his character Emmett plays a pivotel role in the Abbott families survival and The Undoing’s young star Noah Jupe is once again fabulous, that scene where Marcus is running out of air in the safe had my pulse racing and my knuckles turning white as I gripped the arms of the chair, nearly knocking my popcorn all over the place : it’s no mean feat to direct a sequel that stands up well alongside it’s original yet somehow John Krasinksi has managed just that… yes if I was being slightly picky the film finishes rather abruptly and could have benefitted with an extra thirty minutes… but since a third film in the franchise has been green lit with no other than Jeff “Midnight Special” Nichols directing then I’ll let this one pass and look forward to another chapter where being quiet is the new norm : TERRIFYING ★★★★ 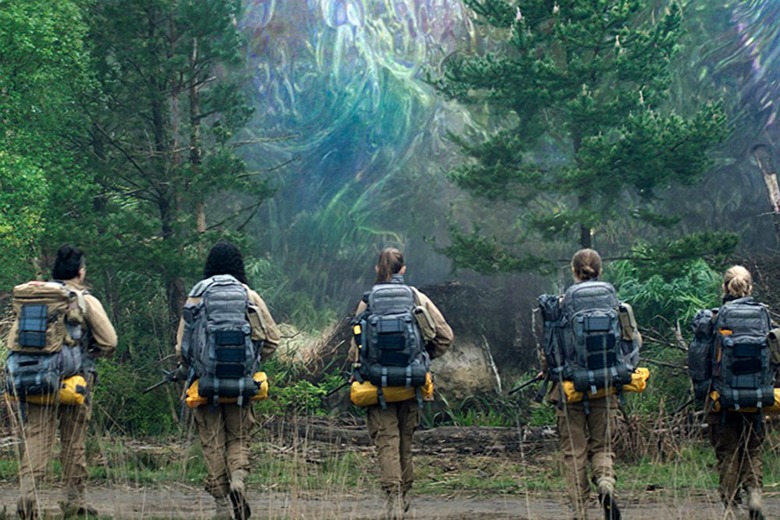 24hrs on and I can’t stop thinking of Alex Garland’s latest Annihilation – firstly it’s nowhere near as as complicated a story as people make out, yes it’s slow, brooding and set to a surreal back drop but when all is said and done it’s quite simply an alien invasion movie and a blooming good one too – music is used sparingly throughout the movie but when used it’s to eerie effect, the strumming of a guitar, a haunting melody really does up the tension and you just can’t help but think something bad is gona happen and soon – along with it’s exciting young cast there’s a certain likeness in Garland’s Annihilation to classic scifi of yesteryear such as The Thing and Alien, there is so much greatness and so many talking points throughout it’s rather short 115 min runtime, those scenes when Anya played by Gina Rodriguez decides to take matters into her own hands by tying the team to their chairs, attempts to interrogate and what happens next is edge of the seat brilliance and lets not forget the aligator attack, that bear like creature and Lena’s own discovery towards the pictures epic finale – if your over thinking about watching this movie then please stop what your doing take a breather and let your movie indulgence be enhanced by Garland’s Annihilation a modern scifi gem that will have you chomping at the bit for a rewatch seconds after it’s conclusion ★★★★½ 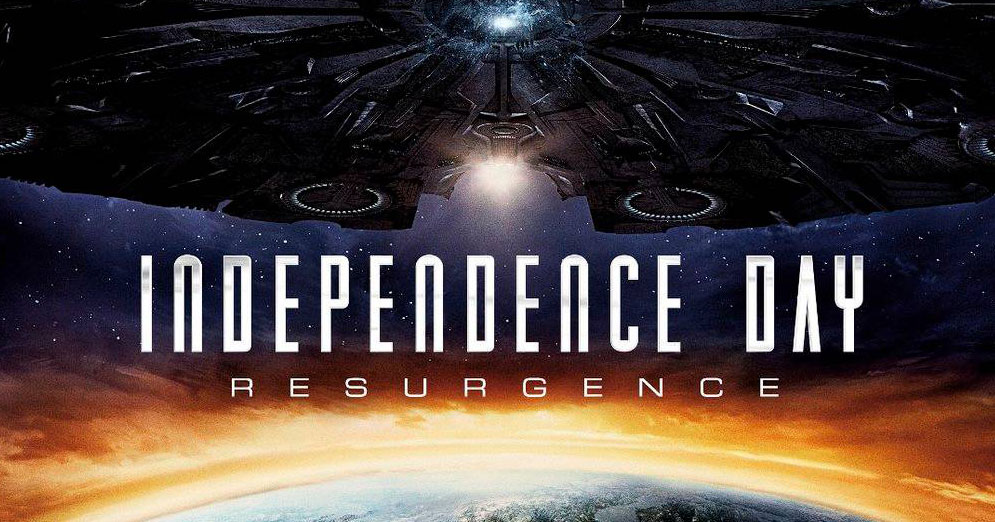 Who else loves a good old fashioned alien invasion romp? Well this guy does and Roland Emmerich’s INDEPENDENCE DAY: RESURGENCE does not disappoint, it’s a flash of 90’s nostalgia, a total blast from start to finish and a devilishly fun movie ride that I wasn’t expecting – from Jeff Goldblum’s one liners, Liam Hemsworth’s dashing leading rogue & the Emmerich blueprint of breathtaking action, earthly destruction & patriotic ass kicking, this is a fine example of why I love the movies, not all films need to have a complex narrative, actors in search of that golden statue or film-makers attempting to baffle you with science, sometimes we the viewer just need to unwind take in some popcorn and be entertained and it’s my view that Roland Emmerich is one of the best out there in feeding me that cinematic treat – Overall: Resurgence is a real visual gem, jam packed with fist pumping action scenes and a young emerging cast that keeps the film’s pace moving faster than my heart beat – Resurgence is right up there alongside it’s ’96 original, Will Smith was not missed one bit and overall a hugely fun night at the movies was had by all ★★★★