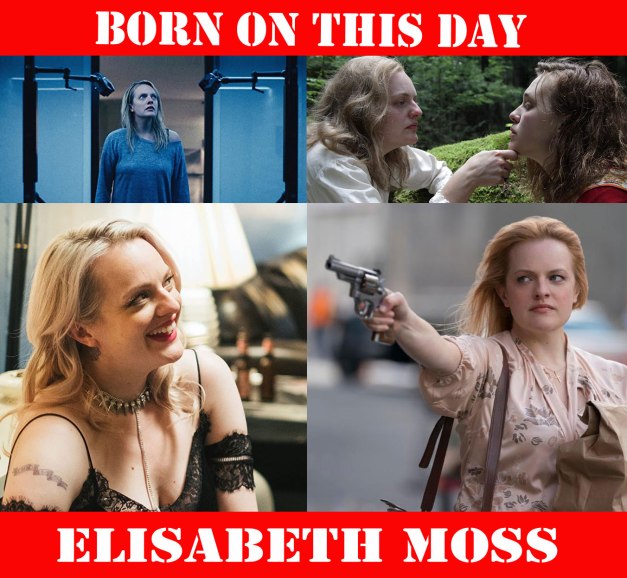 Since I had the pleasure of catching a breathtaking performance from her on the Westend in The Children’s Hour alongside Kiera Knightley back in 2011 Elisabeth Moss has quickly become one of the best character actors on the big screen : her versatility & charisma has lent to film roles of a gritty and exciting nature, a bit like the great Jodie Foster she can turn her hand to pretty much anything : she can play the victim of abuse turned mobster in The Kitchen, play a cranky drug taking old writer in Shirley or rock the stage as Becky Something in the brilliant Her Smell : she is an incredibly unique, quirky and utterly mesmerising actress : Here’s Our Top Four Movies : 1. Her Smell (Alex Ross Perry) : 2. Shirley (Josephine Decker) : 3. The Kitchen (Andrea Berloff) : 4. The Invisible Man (Leigh Whannell)

Behind the Camera – Scorsese

Not many filmmakers have spanned the decades quite like Martin Scorsese, it was the late 80’s that I first watched his classic, gritty drama 1973’s Mean Streets and since then have watched pretty much everything this New Yorker has set to film, from his early collaborations with De Niro and Keitel in the mid 70s early 80s to this centuries dynamic pairing with DiCaprio, Scorsese is truly one of cinema’s finest Movie Directors – he has received 7 Academy Award Nominations for Best Director (winning for 2006’s The Departed) and in 2010 he was given the Cecil B. DeMille Award – below is what we think are his TOP 10 MOVIES Behind the Camera

Our number 1 choice is 1990’s Goodfellas that stars Robert De Niro, Ray Liotta and Joe Pesci who went on to win an Oscar for his colorful portrayal of Tommy “What do you mean I’m funny?” Devito, the film is the best gangster movie I’ve ever seen and in my opinion the crown jewels on Martin Scorsese’s incredible CV – following close behind is the electric Taxi Driver, the brutal Gangs of the New York and boxing drama Raging Bull – at number 5 is the Howard Hughes tale The Aviator and at number 6 De Niro re-teams with Joe Pesci for the epic mobster, gambling drama Casino – at number 7 is the return of the hustler in 1986’s The Color of Money that’s followed by a trip down the streets of Little Italy in Mean Streets and the uncompromising movie remake of Cape Fear – finally at number 10 sees Daniel Day Lewis in 19th Century New York in The Age of Innocence

Martin Scorsese was born on this day in 1942 in Queens, New York – his latest movie is The Wolf of Wall Street that stars Leonardo DiCaprio and lands Christmas in the US and early next year internationally….