If your a fan of the late 60s into the 70s gritty thrillers that starred the likes of Marvin, Eastwood, McQueen and Bronson then find a local cinema that’s showing this bad boy and buy a ticket… you may find yourself in movie heaven as I was listening to it’s punchy Lalo Schifrin’s Magnum Force score reverberate around the cinema, the camera work in the prison cell as it becomes home to Teddy Murretto and I loved the way this slow burning hunk of simplicity grabs you by the throat and just doesn’t let go until it’s final explosive minutes… from it’s rookie cop played by Alexis Louder who’s sooo Harry Callaghan, calm collected and ice cold, the cool as a cucumber hitman Bob Viddick played by Gerard Butler, the devious conman who’ll do anything to save his own ass played by Frank Grillo to the looney tunes psychopath Anthony Lamb brought to life by the brilliant Toby Huss who’s mobster for hire is the dogs bollocks… the writing by Kurt McLeod is slick & effective and when you consider the majority of the film is set inside the Copshop I found myself utterly invested, loving every minute of the characters banter and humor, drooling over the second half shootout and found it’s runtime just flying by : Joe Carnahan’s COPSHOP is big screen dynamite, an excellent thriller and unlike anything you’ll see this year !! ★★★★½

The Beguiled adapted by film maker Sofia Coppola from Thomas Cullinan’s novel of the same name – the story unfolds in a girls’ school in the state of Virginia in 1864. As the Civil War rages, The Miss Martha Farnsworth Seminary for Young Ladies has been sheltered from the outside world— until the day a wounded Union soldier is discovered nearby and taken in

WOW that trailer gives me the goosebumps – and now you can see why I named this movie in My Top 10 to get psyched over in 2017 – with such a mouth watering cast including Colin Farrell, Nicole Kidman, Elle Fanning, Kirsten Dunst and Angourie Rice, a film-maker and writer in Sofia Coppola that excites and seduces with each sumptuous picture she directs, I’m confident that THE BEGUILED this summer will be another slice of cinema magic that I can not wait for…. 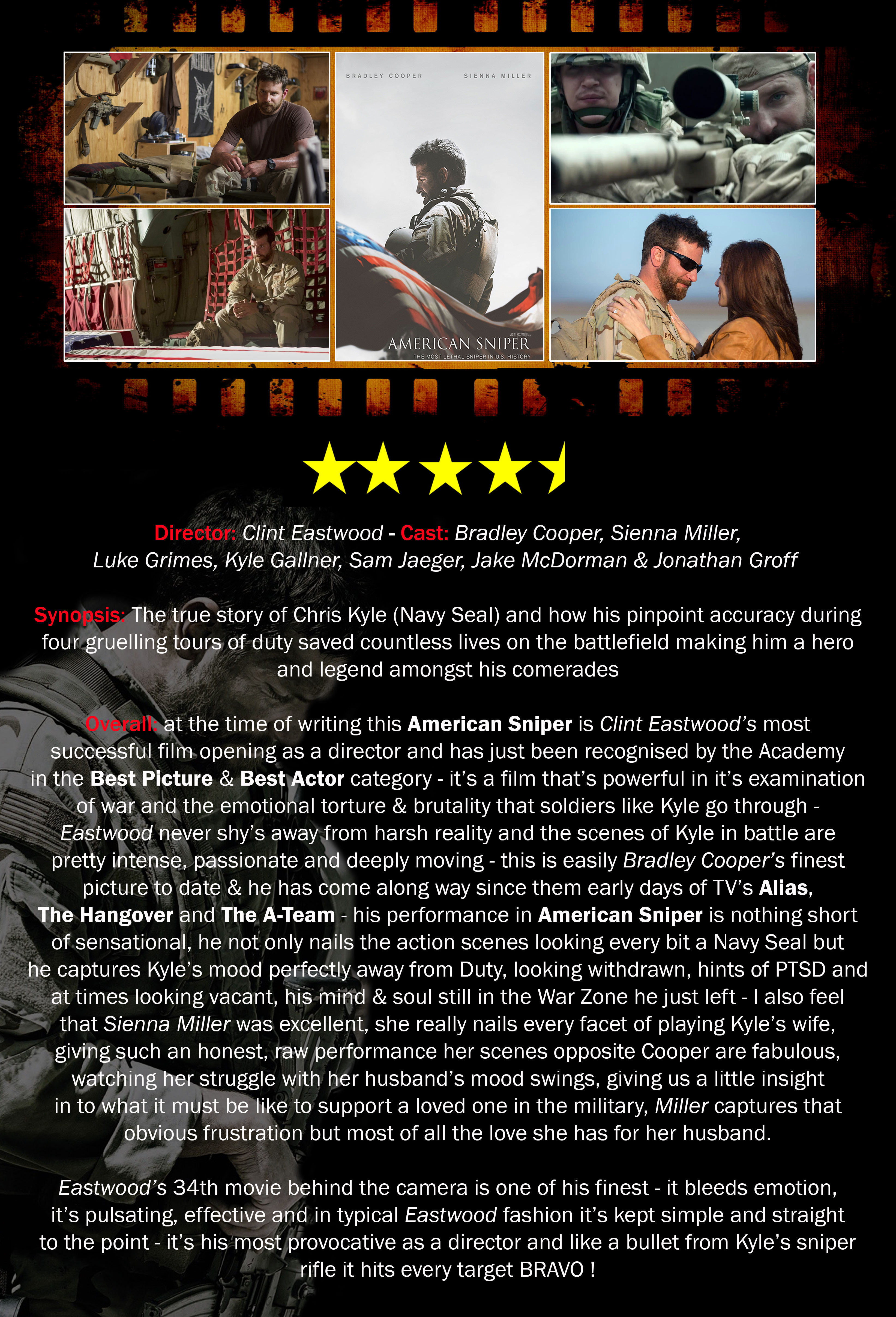 Happy 65th Birthday to one of the screen’s great actresses MERYL STREEP – to celebrate I’ve posted this small collage of movie stills of Meryl with some of her leading men, the 6 I felt had that chemistry, that spark, that made that particular movie an incredible viewing experience – amazingly Meryl has been nominated for an an Academy Award more times than any other actor or actress out there – she has won 3 of her 18 Oscar Nominations and has also won 8 of her 28 Golden Globe nominations – next up for Meryl is a small role in Tommy Lee Jones western The Homesman, then playing a Witch in Rob Marshall’s Into the Woods and she has just signed up to play an aging rocker in Diablo Cody‘s Ricky and the Flash – it’s hard to believe that Meryl is 65 today, she still commands the screen churning out incredible performances whilst looking as beautiful and graceful as she did bursting onto our screens back in the late 70’s – once again Happy Birthday Meryl Streep the queen of the screen your truly one of a kind !! 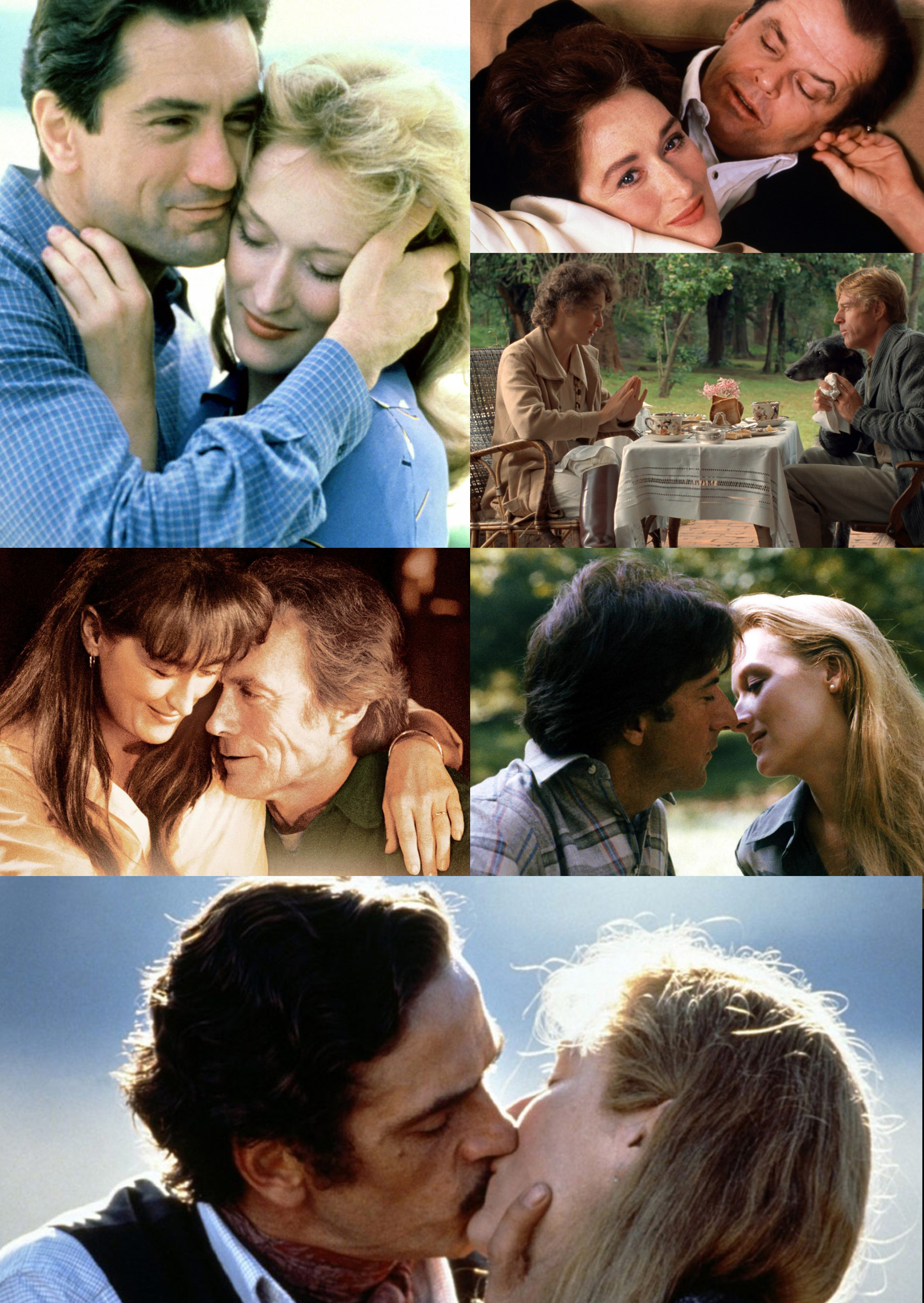