Born on the 1st December 1935 in Brooklyn New York, Woody Allen is one of the most prolific American Filmmakers, his work has spanned decades, won numerous awards and been the topic of conversation since What’s Up, Tiger Lily back in 1966 : for me what makes a Woody Allen picture so special is his ability to direct a film from his own written material, he has more Oscar Nominations (16) for writing than anyone else and has also starred in most of them too : I’ve seen each of his movies multiple times and could write a different Top Four for each day of the week : his career has been an absolute joy to watch over the years and I’m so thankful that I’ve been here to enjoy the ride…..

One of my favorite Woody Allen quotes : My sets are boring. Nothing exciting ever happens, and I barely talk to the actors 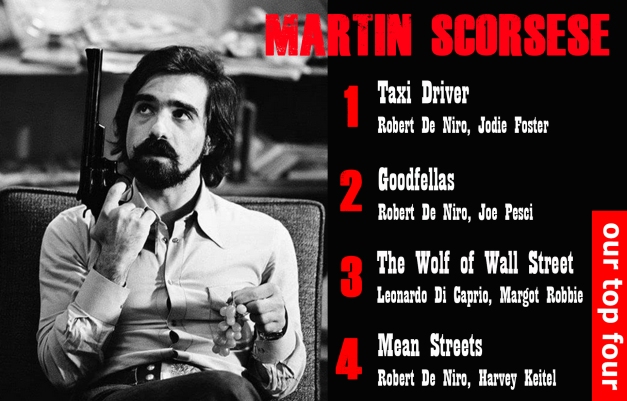 To be honest I still find it hard to choose between Taxi Driver and Goodfellas as my favorite Scorsese movie so I have decided to pick the film that I watched first and although it came out in 1976 I didn’t get to watch it till the mid 80s and you know something? it hasn’t aged one bit, if anything it’s got better, it’s still as compelling and shocking as it was when I first loaded that VHS tape into my video player back then and pressed play : everytime I’ve revisited Taxi Driver since I drool over the way the film’s dark narrative takes you on this emotional rollercoaster that ends with a sharp jolt, relief and in some ways sadness, the way the seedy, dark streets of New York are captured, the innocence of Jodie Foster and the power & excitement a certain Robert De Niro brings to Travis Bickle, a complex character and a role that may just be his finest….

Born on the 17th November 1942 in Queens New York Martin Scorsese has directed some of my favorite movies of all times, he’s part of My Mount Rushmore of Movie Directors and is still one of only a handful of filmmakers that I would pay good money to watch his movies numerous times play out on the big screen : his pictures tend to use camera moves that are huge in scale, fill the screen and engulf you with this wonderful creation, some of his films use voice-over narration to only enhance the experience, my favorite’s include Goodfellas and Casino and he always uses the cream of the crop to bring his work alive, getting the very best out of stars such as De Niro, Keitel, DiCaprio and Day-Lewis : he’s been nominated 9 times for Best Director at the Academy Awards sadly only winning once for his 2006 remake of The Departed, and although I enjoyed it for me it’s bottom tier Scorsese : his next film Killers of the Flower Moon comes out next year and is a 1920’s crime thriller based on David Grann’s book of the same name and star’s Leonardo DiCaprio and Robert De Niro

One of my favorite Martin Scorsese quotes : I have a desire to tell stories. And I’m never quite satisfied

Aweful News : the Iconic Movie Star Olivia De Havilland has died aged 104 : in my eye’s they don’t come much better than Livvie, a Golden Age Beauty who graced the screen in over forty feature films, winning two Academy Awards and starring alongside some of the very best in the movie world : One of my favourite quotes of hers was in 1999 where she commented over Queen Elizabeth the Queen Mother “I want to follow her example and live many years longer. I consider every birthday a victory” well Livvie you sure did, rest in peace Legend……

Congratulations to all of the winners & losers at the 86th Academy Awards – 2013 was a fantastic year in film – so many great films and performances – here’s a few stills…. Enjoy! 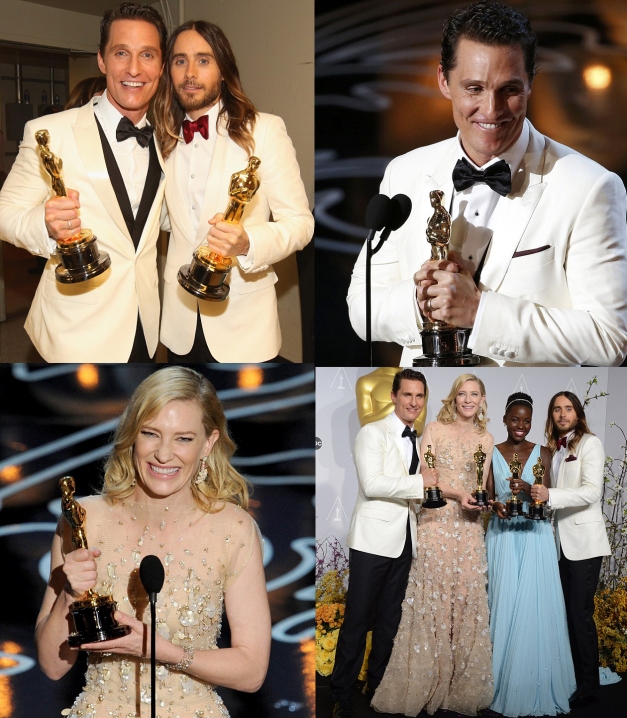 The beautiful and super talented child actress SHIRLEY TEMPLE has died aged 85 – her roles in the Mid to Late 30’s made her a box office draw and in 1935 she was awarded an Academy Award for her outstanding contribution to screen entertainment that year – In her movie career Shirley Temple went on to star alongside some of Hollywood’s finest including John Wayne in Fort Apache, Claudette Colbert in Since You Went Away and Cary Grant in The Bachelor and the Bobby-Soxer – although the movie world has lost another star Shirley’s beauty, her infectious smile and that sweet singing voice will shine on through her legacy of movies for years to come….

I never really knew the man Philip Seymour Hoffman – I only knew his film & stage work, his memorable scene stealing performances in the mid 90’s to his later roles that gave him some critical acclaim with four Oscar Nominations amongst which a gold statue for Best Actor in 2005’s Capote – he was quite simply one of the screen’s finest actors, a towering movie star who lit up any movie with his undoubted presence and stature – it was testament to his talent that every director wanted to film him and every actor wanted to work with him – Philip Seymour Hoffman (1967-2014) 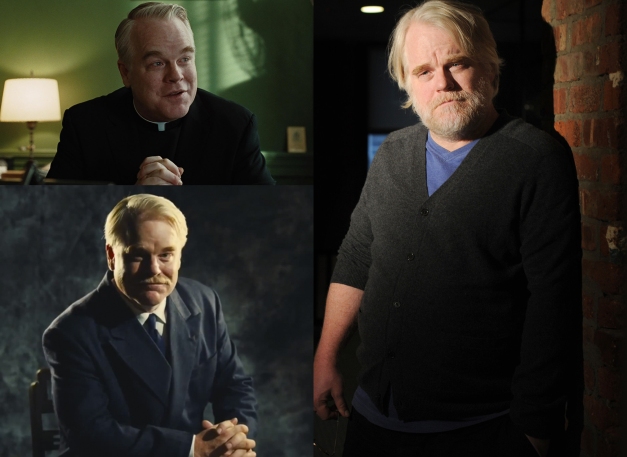 Whenever I see a cool movie montage I get chills up and down my spine and wish the day was long enough to watch them all one after the other – this 2mins clip of the classic movies of yesteryear is not quite long enough but gives you a small taste of what MGM has given us all over the years, so many memories and so many wonderful pictures – take a look at the video below & whilst your enjoying the clip wish MGM a Happy 90th Birthday!!!

August: Osage County stars Meryl Streep, Julia Roberts, Chris Cooper, Ewan McGregor, Benedict Cumberbatch, Juliette Lewis, Abigail Breslin, Dermot Mulroney, Sam Shepard, Julianne Nicholson, Margo Martindale and Misty Upham – Written by Tracy Letts, brought to the screen by John Wells (The Company Men) and based on the Pulitzer Prize–winning play of the same name August: Osage County takes a look at the lives of the Weston family, whose paths reunite after a family crisis brings them all back together to the house they all grew up in, and to the dysfunctional woman who raised them – VERDICT Compelling, Exhausting, Depressing and Chaotic just a few words to describe my experience with John Well’s big screen adaption of August: Osage County – I’ve seen some great performances by an actress in 2013/14 but Meryl Streep’s Violet is by far & away the best of the bunch, her passion & energy in displaying the vast emotions of the cancer stricken, pill popping mum who’s pretty much angry or drugged up the majority of the time is fabulous to watch – Julia Roberts gives her best acting display since Erin Brokovich playing the eldest daughter and Chris Cooper, the ever reliable Margo Martindale and Julianne Nicholson are all superb in support – some of my favorite scenes in the movie include that moment when Charlie aka: Chris Cooper says Grace at the dinner table, the wonderful moment when young Charlie sings to Ivy and that delightfully funny scene with Violet, Barbara and Ivy around the table “Eat the Fish Bitch” whilst Ivy is trying to tell her mum that she’s in love with young Charlie – overall August: Osage County is not just a platform for A-List actors to strut their stuff, it’s a beautiful at times depressing story of a dysfunctional family brought together in a time of crisis and what plays out is like a roller coaster ride, that’s intense, riveting and altogether emotionally exhausting…. 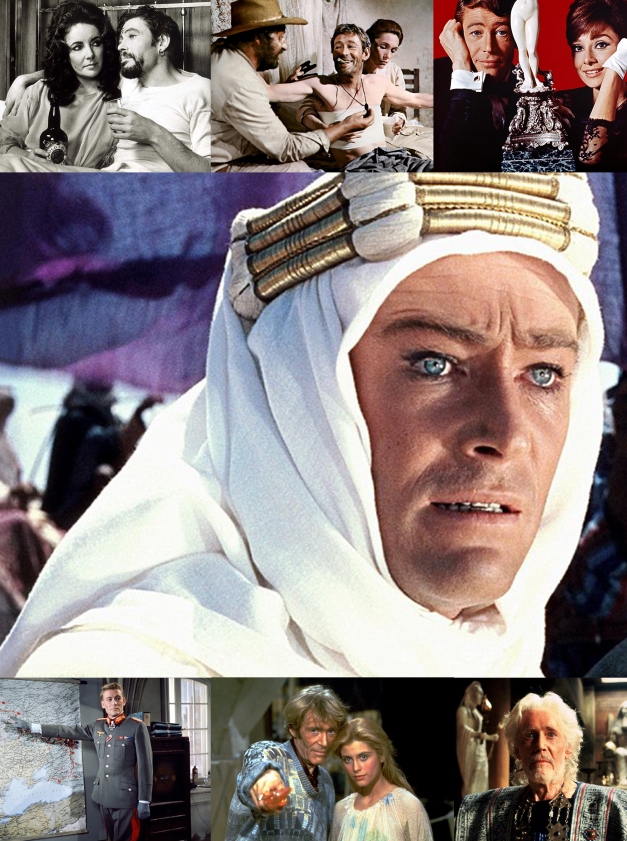 Peter O’Toole the BAFTA winning actor of 1962’s Lawrence of Arabia has died aged 81 – in his long career O’Toole received 8 Academy Award nominations and starred in countless movies such as The Night of the Generals, Murphy’s War, Under Milk Wood, Man of La Mancha, Becket, Goodbye Mr Chips and The Lion in Winter – he also starred in 1984’s Supergirl and voiced the character Anton Ego in Pixar’s Ratatouille – I’m sure alongside his friends Richard Harris & Richard Burton the pearly gates of Heaven will be entertained this evening and the first drink will be raised in honor of a stage & movie legend…. 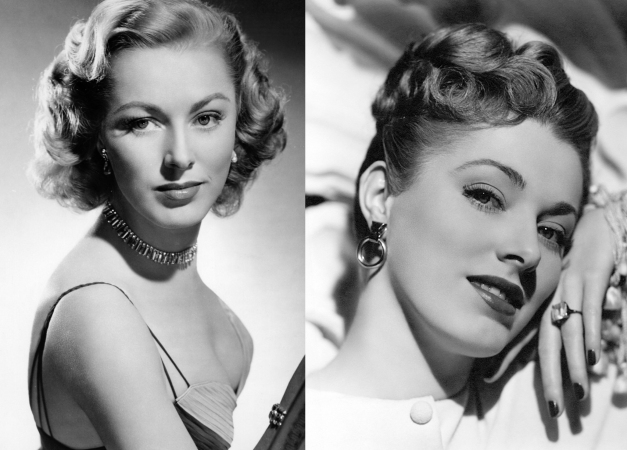 known as the “Woman of a Thousand Faces” Eleanor Parker has died aged 91 at her home in Palm Springs, California – although most remember Ms Parker for her superb portrayal of The Baroness in 1965’s The Sound of Music, it was earlier in her career at the start of the 50’s that she really made a name for herself, playing a teenager in Cromwell’s prison drama Caged, starring alongside Kirk Douglas in Detective Story and playing opera singer Marjorie Lawrence in 1955’s Interrupted Melody all three performances delivering Ms Parker an Academy Award Nomination – another couple of personal favorite’s was the John Sturges western Escape from Fort Bravo showing great chemistry alongside William Holden and Otto Preminger’s 1955 Frank Sinatra led movie The Man with the Golden Arm – she was one of the true greats of the silver screen, a fabulous actress with the looks of a Princess – she will be sadly missed….

Since making his movie debut opposite Barbara Stanwyck in 1946’s The Strange Love of Martha Ivers Kirk Douglas was destined to become a Hollywood Great – in his wonderful career Kirk appeared in over 70 movies, was nominated for 3 Academy Awards and in 1968 was the recipient of the Cecil B. DeMille Award – he appeared alongside his friend Burt Lancaster on 7 different occasions and 3 times alongside John Wayne – some of my favorite movies include: Spartacus, War Wagon, The Vikings, Lust for Life, Ace in the Hole and Gunfight at the O.K. Corral – In my opinion he is the greatest actor of his generation – Happy Birthday 97 year old Kirk Douglas

Cast – Chloë Grace Moretz, Julianne Moore, Gabriella Wilde, Judy Greer and Ansel Elgort – from the mind of Stephen King and a remake of De Palma’s 1976 horror comes a re-telling of CARRIE, a supernatural tale of a child born by her deeply religious mum who abuses her and shelters her from society, at times locking her in a “prayer closet” beneath the stairs punishing her for any wrong doings & telling her to to pray for forgiveness – as Carrie grows into her teenage years, she discovers she has telekinetic powers and starts to control them – but during an incident at her senior prom Carrie unleashes an almighty fury on her peers and the town that pushed her too far VERDICT having loved Stephen King’s novel and being a huge fan of Sissy Spacek’s Oscar Nominated deliverance of Carrie back in ’76 I was initially dead against yet another dumb Hollywood remake – but having just seen Kimberly Peirce’s horror movie on the big screen, I’m here writing whilst eating humble pie and reflecting on a 100mins of fabulous acting, great camera work and a film that comes awfully close to surpassing it’s original – Julianne Moore is pretty terrifying and gives an unforgettable performance as Carrie’s mum, a religious woman who takes to self harming to rid herself of her demons, she truly is creepy, sadistic and unbalanced and if the Academy Awards rewarded great performances from ALL movie genres and not consistently ignore that of the Horror Film then Ms Moore would certainly be in the running for a gold statue, her turn as Margaret White is in my opinion that good – Kick-Ass’s Chloë Grace Moretz filmed this movie aged 15 and once again displays a talent far beyond her years, stamping her own disturbing print on that of Carrie White – also I must comment on an impressive movie debut by Ansel Elgort he is certainly one for the future – overall Kimberly Peirce’s Carrie is one to savor, a remake that’s truly worth watching and after a five year absence the Boys Don’t Cry director returns to helm one of 2013’s Best Horror pictures that will not only scare the bejesus out of you but also delivers a message to what can happen if one is pushed too far by those evil bullies of society….